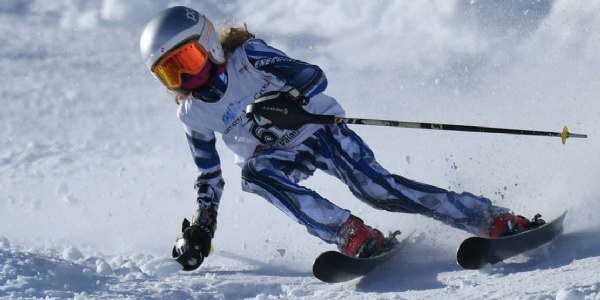 A sport where traditionally a large amount of time is spent abroad, Heather has mainly been  training and competing on the home front on dry ski slopes and Indoor Ski Slopes in the UK.

Heather started the year travelling to the Italian Alps where she competed in the Artemis Anglo Scottish Cup Ski Championships and won 1st place in the  ‘Slalom Pocket Rocket 2018’ .

In August Heather competed in the Chill Factor, Manchester, in the Anglo Welsh (Indoor) Ski Championships and came 1st, in the Welsh Under 14 female category.

In September Heather competed at the Welsh Open (Outdoor) Ski  Championships in Pontypool, up against the best in the UK, and won the Welsh title, 1st female U14, and coming 2nd overall.

In October Heather then represented Ysgol Gymraeg Bro Morgannwg at the Welsh Schools Ski Championships at Llangrannog and was 1st ,under 14 female. For this competition, Heather has been 1st in her age category for the last 4 years.

Alongside her love of skiing Heather also enjoys participating in other sports. She regularly attends the Barry Island Parkrun and this year she has learnt to surf.

Heather competed in her first Triathlon with Gemau Cymru and was delighted to be the under 14 champion at the Spartan Race UK in Aston Down, beating all the boys!

Heather certainly lives up to the name of "Pocket Rocket'