Bonjour, Hola and Hello! Welcome to the Modern Foreign Languages Department here at YGBM.
In the Modern Foreign Languages department our vision is to develop the skills and confidence for all our language learners to become global citizens who belong in a multicultural and multilingual society. We aim to develop language learners who are passionate linguists with a strong awareness of the world around them. Our curriculum, which is both thematic and grammatical in approach, with students studying a variety of topics ranging from French Folklore, School life, Technology and the Environment, ensures that learners will receive an education that is rich in cultural references and transferable language skills. These topics aim to increase our learners’ awareness of the world around them looking not only at the target language country but also the wider Francophone and Hispanic spheres aiming to give pupils access to the 49 countries around the world where these languages are spoken.

To contact a member of staff please email post@bromorgannwg.org.uk

As a department we are committed to developing lifelong linguistic skills and encourage students to develop a love of languages through interactive and lively lessons. Pupils will have a sound understanding of language and grammar which they will be able to apply in a variety of contexts, gaining lifelong linguistic skills that will support their education and career prospects which takes the from the classroom and academic success to an exciting world of opportunities. 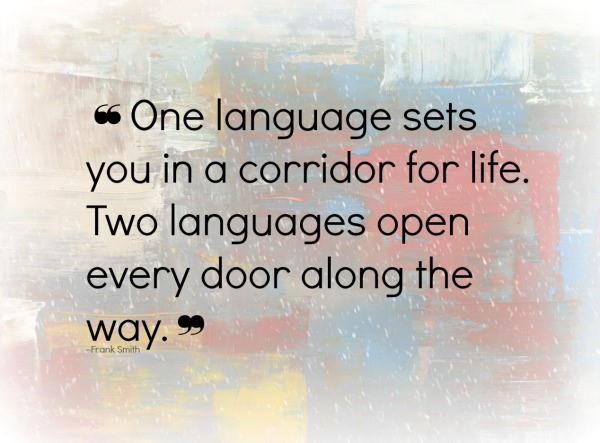 The courses provide a foundation for the further study of languages in the sixth form. The Modern Foreign Languages Department has a proven track-record of achieving excellent GCSE results with pupils of all abilities.

Studying Spanish to GCSE level will increase the pupils’ awareness of Europe and their skills will enable them to contribute to the world-wide economy.

By following a GCSE course in Spanish it is envisaged that:

• the pupils enjoy the positive experience of learning a foreign language

• an insight will be given into the culture and civilisations of countries where Spanish is spoken, by means of class-work and educational visits

The pupils will learn how to discuss various aspects of their daily lives through the medium of Spanish. They will be trained to cope in tourist situations and in the world of work abroad. It is also expected that they will learn about world-wide issues.

The thematic units of the GCSE courses in Spanish are as follows:

• WALES AND THE WORLD

• CURRENT AND FUTURE STUDY AND EMPLOYMENT

Within the department, a wide range of teaching and learning strategies are implemented in order to nurture the pupils’ enjoyment and confidence in the foreign language.

The four language skills will be examined in Spanish. The weighting for each skill is as follows:

The nature of assessment within MFL has changed since September 2016. There are no longer any Controlled Assessment tasks to be completed. All skills are assessed in a final examination in year 11. The speaking component will be examined by the classroom teacher and will be marked externally by a WJEC marker.

Pupil who show promise in Modern Foreign Languages during year 9 should seriously consider studying both French and Spanish at GCSE. This will enable pupils to continue with language study further and studying two languages should no way be thought of as narrowing options.

Learning a language means acquiring a new skill which will stay with them for life, far beyond their GCSE examination study.

You should achieve at least grade B across all units of the Spanish GCSE course. You should have sat higher tier papers.

The Spanish A-level course is aimed at students who have a passion for languages and are interested in Hispanic culture. Studying Spanish at A-level will give you the opportunity to gain a wide range of linguistic skills including an extensive vocabulary and a range of grammatical structures. During the AS and A Level course students will have the opportunity to explore social issues as well as political, intellectual and artistic culture in the Spanish-speaking world. Spanish is a wellrecognised and academic subject that opens the doors to the world around you.

What will I learn whilst studying Spanish?

The lessons will include themed learning periods and class discussions to improve written work and oral skills. Grammatical work will be woven through all the lessons in order to improve the accuracy and understanding of the structure of the language. Pupils will be encouraged to use a wide range of resources including school units as well as sites such as Quizlet and Memrise. Oral, written and grammar tests will be carried out throughout the two years. During the course you will also broaden your awareness of Spanishspeaking countries by taking a closer look at the culture of these countries including studying Spanish literature and films and their contexts.

Theme 1: (AS) Living as a young person in a Spanish-speaking society

Theme 2: (AS) Understanding the Spanish-speaking world

Theme 3: (A level) Diversity and difference

Languages open doors to a wide range of careers within a variety of different fields such as law, education, publishing, recruitment and many more. There is a great shortage of people in the UK who can speak foreign languages, consequently studying a modern language at A Level is a relevant skill which prepares students for a wide variety of careers. It is also a skill that is seen as very attractive by universities and employers. Spanish is one of Europe’s most international languages which allows you to communicate in 22 countries around the World. If you choose to study Spanish at university you will have the chance to spend a year in one of these countries as part of your degree.

Pupil Comment: “I decided to take Spanish as one of my A-level subjects as I felt that having the ability to speak another language, and one of the most powerful languages in the world, opens so many doors for the future.” Ceri Vaughan-Jones